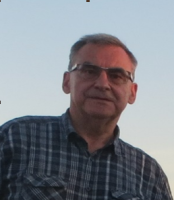 Work Career:
1965 - 1969 Research assistant at the and Metallurgy in Kraków. From 1971 Research Associate at the Institute for Metal Research of the Polish Academy of Sciences in Kraków, from 1980 Associate Professor and from 1990 Professor at this Institute. Between 1993-1999 Research Director of the Institute and from 1975- charge of the Electron Microscopy Laboratory of the Institute. Until now published 384 scientific papers and conference reports, 9 Patents. In years 1994-1998 appointed associate editor for Poland of Acta Materialia and Scripta Materialia. In 1996 took part in European Project with Universities from Belgium, France, Spain and Ukraine in the Frame of INCO-COPERNICUS Programme on Nonconventional Production Technologies of High Temperature NiTi and Cu-base Shape Memory Alloys, from the year 2000 is responsible in the Institute for the European Project within the 5th Framework entitled “Bulk Metallic Glass Forming Alloys and Nanocrystallization”. Organizer of several conferences, among others Chairman of the of the International Conference on Light Alloys and Composites, in May 1999 with 120 participates, in the year 2000 of the Polish-Japanese Seminar on Materials Analysis with over 40 participants from Japan and Poland and in the year 2002 organized International Conference on Electron Microscopy with 140 participants. In years 1998-2000 was responsible for the Government Project on New materials and technologies in the Polish Aircraft Industry, which was completed with several industrial innovations.